John B. Watson and B. F. Skinner were behaviourists who believed that all learning could be explained by the processes of conditioning — that is, that associations, and associations alone, influence learning. But some kinds of learning are very difficult to explain using only conditioning. Thus, although classical and operant conditioning play a key role in learning, they constitute only a part of the total picture.

One type of learning that is not determined only by conditioning occurs when we suddenly find the solution to a problem, as if the idea just popped into our head. This type of learning is known as insight, the sudden understanding of a solution to a problem. The German psychologist Wolfgang Köhler (1925) carefully observed what happened when he presented chimpanzees with a problem that was not easy for them to solve, such as placing food in an area that was too high in the cage to be reached. He found that the chimps first engaged in trial-and-error attempts at solving the problem, but when these failed they seemed to stop and contemplate for a while. Then, after this period of contemplation, they would suddenly seem to know how to solve the problem: for instance, by using a stick to knock the food down or by standing on a chair to reach it. Köhler argued that it was this flash of insight, not the prior trial-and-error approaches, which were so important for conditioning theories, that allowed the animals to solve the problem.

Edward Tolman studied the behaviour of three groups of rats that were learning to navigate through mazes (Tolman & Honzik, 1930). The first group always received a reward of food at the end of the maze. The second group never received any reward, and the third group received a reward, but only beginning on the 11th day of the experimental period. As you might expect when considering the principles of conditioning, the rats in the first group quickly learned to negotiate the maze, while the rats of the second group seemed to wander aimlessly through it. The rats in the third group, however, although they wandered aimlessly for the first 10 days, quickly learned to navigate to the end of the maze as soon as they received food on day 11. By the next day, the rats in the third group had caught up in their learning to the rats that had been rewarded from the beginning.

It was clear to Tolman that the rats that had been allowed to experience the maze, even without any reinforcement, had nevertheless learned something, and Tolman called this latent learning. Latent learning refers to learning that is not reinforced and not demonstrated until there is motivation to do so. Tolman argued that the rats had formed a “cognitive map” of the maze but did not demonstrate this knowledge until they received reinforcement.

The idea of latent learning suggests that animals, and people, may learn simply by experiencing or watching. Observational learning (modelling) is learning by observing the behaviour of others. To demonstrate the importance of observational learning in children, Bandura, Ross, and Ross (1963) showed children a live image of either a man or a woman interacting with a Bobo doll, a filmed version of the same events, or a cartoon version of the events. As you can see in “Video Clip: Bandura Discussing Clips From His Modelling Studies,” the Bobo doll is an inflatable balloon with a weight in the bottom that makes it bob back up when you knock it down. In all three conditions, the model violently punched the clown, kicked the doll, sat on it, and hit it with a hammer. 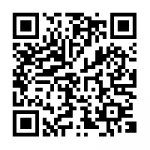 Video: Bandura Discussing Clips from His Modelling Studies [http://www.youtube.com/watch?v=jWsxfoJEwQQ&feature=youtu.be]. Take a moment to see how Albert Bandura explains his research into the modelling of aggression in children.

If you guessed that most of the children imitated the model, you would be correct. Regardless of which type of modelling the children had seen, and regardless of the sex of the model or the child, the children who had seen the model behaved aggressively — just as the model had done. They also punched, kicked, sat on the doll, and hit it with the hammer. Bandura and his colleagues had demonstrated that these children had learned new behaviours simply by observing and imitating others.

Observational learning is useful for animals and for people because it allows us to learn without having to actually engage in what might be a risky behaviour. Monkeys that see other monkeys respond with fear to the sight of a snake learn to fear the snake themselves, even if they have been raised in a laboratory and have never actually seen a snake (Cook & Mineka, 1990). As Bandura put it,

the prospects for [human] survival would be slim indeed if one could learn only by suffering the consequences of trial and error. For this reason, one does not teach children to swim, adolescents to drive automobiles, and novice medical students to perform surgery by having them discover the appropriate behaviour through the consequences of their successes and failures. The more costly and hazardous the possible mistakes, the heavier is the reliance on observational learning from competent learners. (Bandura, 1977, p. 212)

Although modelling is normally adaptive, it can be problematic for children who grow up in violent families. These children are not only the victims of aggression, but they also see it happening to their parents and siblings. Because children learn how to be parents in large part by modelling the actions of their own parents, it is no surprise that there is a strong correlation between family violence in childhood and violence as an adult. Children who witness their parents being violent or who are themselves abused are more likely as adults to inflict abuse on intimate partners or their children, and to be victims of intimate violence (Heyman & Slep, 2002). In turn, their children are more likely to interact violently with each other and to aggress against their parents (Patterson, Dishion, & Bank, 1984).

Research Focus: The Effects of Violent Video Games on Aggression

The average North American child watches more than four hours of television every day, and two out of three of the programs they watch contain aggression. It has been estimated that by the age of 12, the average North American child has seen more than 8,000 murders and 100,000 acts of violence. At the same time, children are also exposed to violence in movies, video games, and virtual reality games, as well as in music videos that include violent lyrics and imagery (Henry J. Kaiser Family Foundation, 2003; Schulenburg, 2007; Coyne & Archer, 2005).

It might not surprise you to hear that these exposures to violence have an effect on aggressive behaviour. The evidence is impressive and clear: the more media violence that people, including children, view, the more aggressive they are likely to be (Anderson et al., 2003; Cantor et al., 2001). The relationship between viewing television violence and aggressive behaviour is about as strong as the relationship between smoking and cancer or between studying and academic grades. People who watch more violence become more aggressive than those who watch less violence.

It is clear that watching television violence can increase aggression, but what about violent video games? These games are more popular than ever, and also more graphically violent. Youths spend countless hours playing these games, many of which involve engaging in extremely violent behaviours. The games often require the player to take the role of a violent person, to identify with the character, to select victims, and of course to kill the victims. These behaviours are reinforced by winning points and moving on to higher levels, and are repeated over and over.

Participants then read a story — for instance, this one about Todd — and were asked to list 20 thoughts, feelings, and actions they would have if they were Todd:

Todd was on his way home from work one evening when he had to brake quickly for a yellow light. The person in the car behind him must have thought Todd was going to run the light because he crashed into the back of Todd’s car, causing a lot of damage to both vehicles. Fortunately, there were no injuries. Todd got out of his car and surveyed the damage. He then walked over to the other car.

As you can see in Figure 10.8, “Results From Bushman and Anderson, 2002,” the students who had played one of the violent video games responded much more aggressively to the story than did those who played the nonviolent games. In fact, their responses were often extremely aggressive. They said things like “Call the guy an idiot,” “Kick the other driver’s car,” “This guy’s dead meat!” and “What a dumbass!”

However, although modelling can increase violence, it can also have positive effects. Research has found that, just as children learn to be aggressive through observational learning, they can also learn to be altruistic in the same way (Seymour, Yoshida, & Dolan, 2009).